To help you plan your visit to Moray Motor Museum we have detailed some of [...] 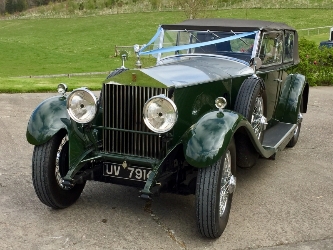 We have a selection of beautiful classic and vintage cars perfect to whisk you away [...]

This car was built in 1963 by Ecurie Ecosse first with a Buick engine and then changed to a Ford V8 in 1964. The car was probably the first that the then young Jackie Stewart would have driven as a professional driver, and recorded successes at venues such as Brands Hatch and Silverstone. Unfortunately the Scottish team was struggling for finances and the cars development was cut short and its potential was never fully realised.
The vehicle was modified by cutting off the roof completely and no extra strength was added. Now called the ‘Spider’ it was driven by Bill Stein who had a high speed accident and miraculously survived the horrific crash.
The museum rescued the car in the late 80’s and it has undergone a full restoration and development program, and now competes in regular events around the UK.

Based in the centre of Elgin (the capital of Morayshire, close to the Cooper Park).
The Moray Motor Museum houses a superb collection of veteran, vintage, classic cars and motorbikes, along with a large collection of motoring memorabilia and ephemera.

We are open everyday
11.00am – 4.00pm
from Easter Weekend
until end of October.
We are closed for Winter.